The damage that trawling causes to the seabed

The damage that trawling causes to the seabed

The dish of shrimp that reaches your table, may have a maximum of 200 grams of this animal, however this small portion of the said delicacy, is responsible for the killing of at least 2 kilos of other animals, which comes in the fishing net, but it has no commercial interest and is then thrown back into the sea, most of which is already dead. And that is not to mention the seabed where the nets passed, which is all overturned, with sand and other debris being thrown on top of corals or other life forms adhered to the bottom, also leading these animals to death. After the net passes, what is left behind is dead on a sterile bottom.

The account is the same one you read up there. For every kilo of animal caught that is of interest to the industry, at least 10 times more of other animals are killed and thrown away. Any other economic activity taken seriously and said to be sustainable, will certainly not accept this rate of loss and ecological imbalance.

Before we continue, watch this video and see what can happen in a single passage of a trawler at a certain point and the opinions of UN experts and scholars.

Imagine if, in order to harvest an apple, the farmers destroyed 10 other fruits and threw them to rot in the orchard, or if to slaughter an ox or cow, 10 others were killed and thrown in the trash in the woods. Simply unacceptable, do you agree? And what actions do you take on the case, now that you know what happens to the animals caught by trawl nets, or else the drift nets, which cause equivalent slaughter, just not touching the bottom of the sea.

Well, I ask you, dear reader. Because environmental responsibility in this case can start on your plate of food, avoiding contributing to the industry that depletes the seas. Or did he just say he didn’t know? You no longer have this excuse, because now you know what happens.

Many studies show that so-called sustainable fishing can only be true in small poor countries, which are smaller than many small towns in your country. This means, on a very small scale and without the structure or items (instruments or objects necessary to carry out the activity) of the fishing industry. 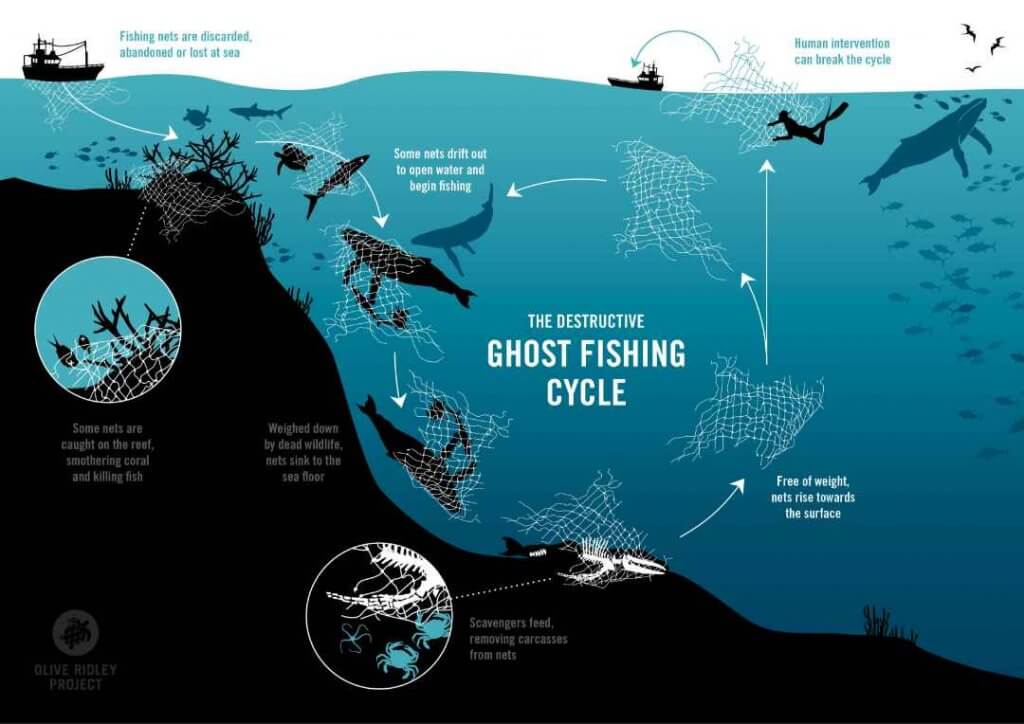 And when we think that the matter is running out, we still have to talk about the spoiled fishing material, such as torn nets, tangled lines or the like, which are cut and thrown away like garbage in the sea, what are called phantom cattle, which continue to exercise their functions of apprehending marine life. Normally these fishing gear coils and gets stuck at the bottom, killing the animals that curl up on them. Then they end up ripping, floating and killing again and sinking. In this way, they create a true underwater cemetery.

And if you think that it doesn’t happen in big and tourist cities, see this flagrant in Rio de Janeiro City, close to the shoreline.

Finally, I had to post this art, made by a Divers for Sharks partner, as a protest against the Brazilian way to deals with the subject of fishing and its oceans. 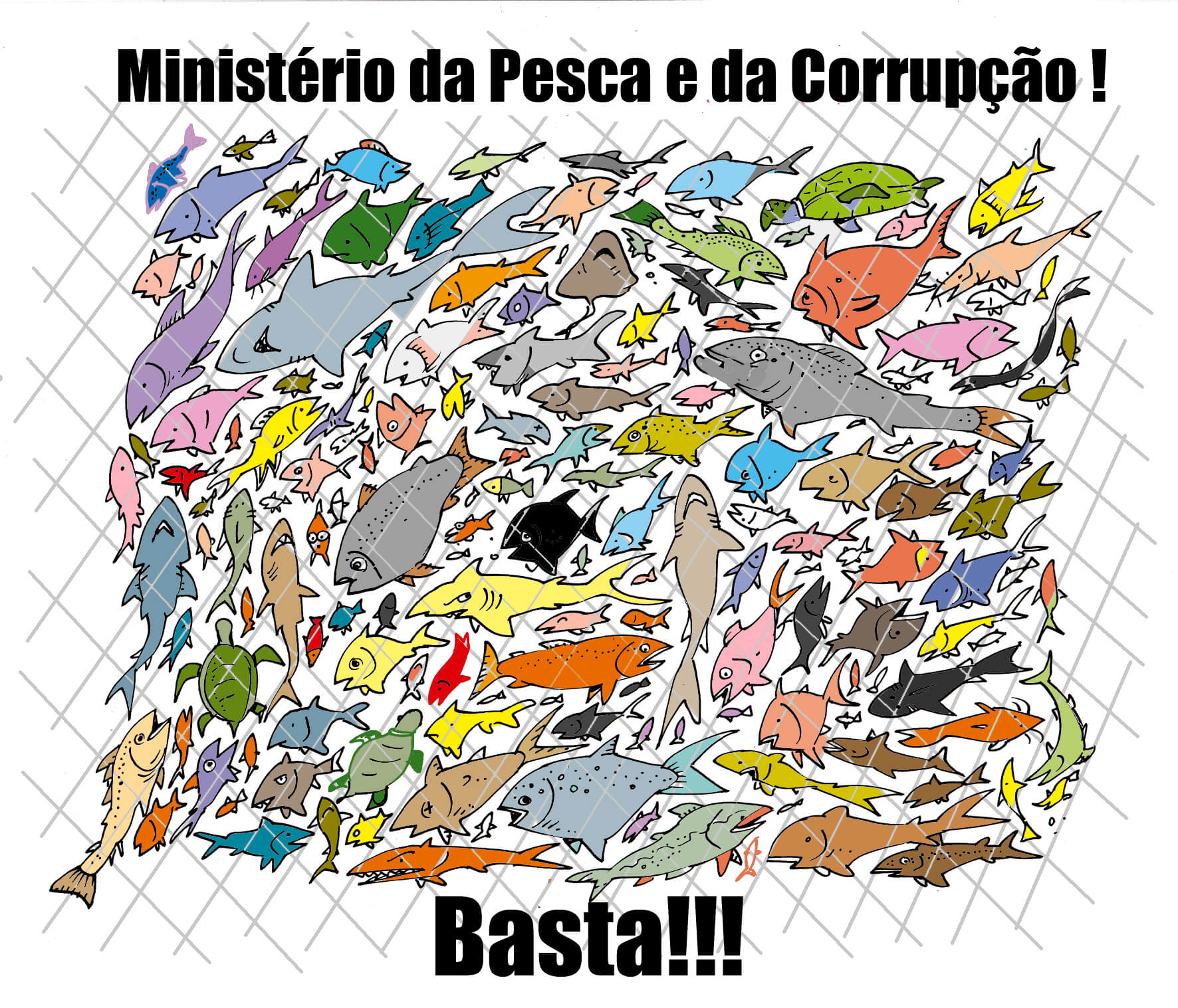