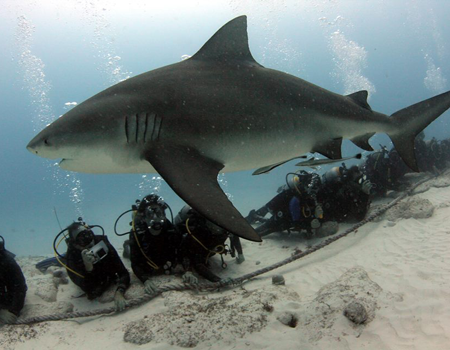 But why save sharks?

Currently, there are about 500 living species described, adapted to the most diverse ecological niches, being found in the seas from the tropics to the poles, as well as in freshwater environments. They are the top predators in the food chain of marine ecosystems and essential to maintaining balance.

Allied with rampant fishing, sharks suffer prejudice by society. We can mention the film “Jaws”, a box office success in 1975 and directed by Steven Spielberg, which helped to develop the public’s fear and dislike towards these animals.

Even today, many people believe that sharks are bloodthirsty killers who deserve to be wiped out.

This animal always plays the role of villain, people kill them many times for no reason, just because they think this is the right thing to do. In addition, these animals receive little attention from international fishing rules, and most nations do not even have laws for such practice.

One reason for the high rate of shark fishing is the profit that can be obtained from this activity.

Its fins are considered delicacies by the oriental people who, being a status item, are served at dinners, weddings and other events, reaching more than 10 times the total price of their meat.

With this, a practice called ‘finning’ was created, a practice in which its fins are removed and the animal is thrown alive in the sea. Unable to move and seriously injured, the shark sinks and can die of blood loss, drowned or as an easy prey for other animals. 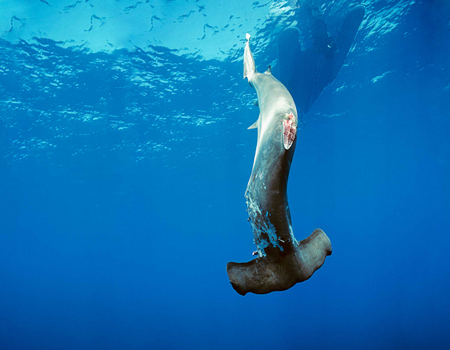 As in the rest of the world, sharks are also disappearing rapidly in Brazilian waters, causing serious damage to our marine environments and, even now, threatening fishing itself and impoverishing recreational diving.

This already has a direct economic impact on the many coastal communities that have an important source of income in this activity through a non-predatory activity.

Restrictions on shark fishing in Brazil are practically nonexistent, and there are no protected areas for sharks where fishing is effectively prohibited.

There is a billionaire and clandestine international trade in shark fins in Brazil, where criminal killing is widespread, as evidenced by the recent and multiple seizures of thousands of shark fins that would be smuggled into Asia and corresponding to hundreds of thousands of these mutilated animals.
Ibama Resolution 121-N must be complied with

Companies that benefit from fins buy and trade without charging this procedure and legal origin and should also be held responsible.

Despite numerous theoretical and practical examples demonstrated over the years and threats of imbalances in different marine food chains, these animals have been caught in alarming quantities.